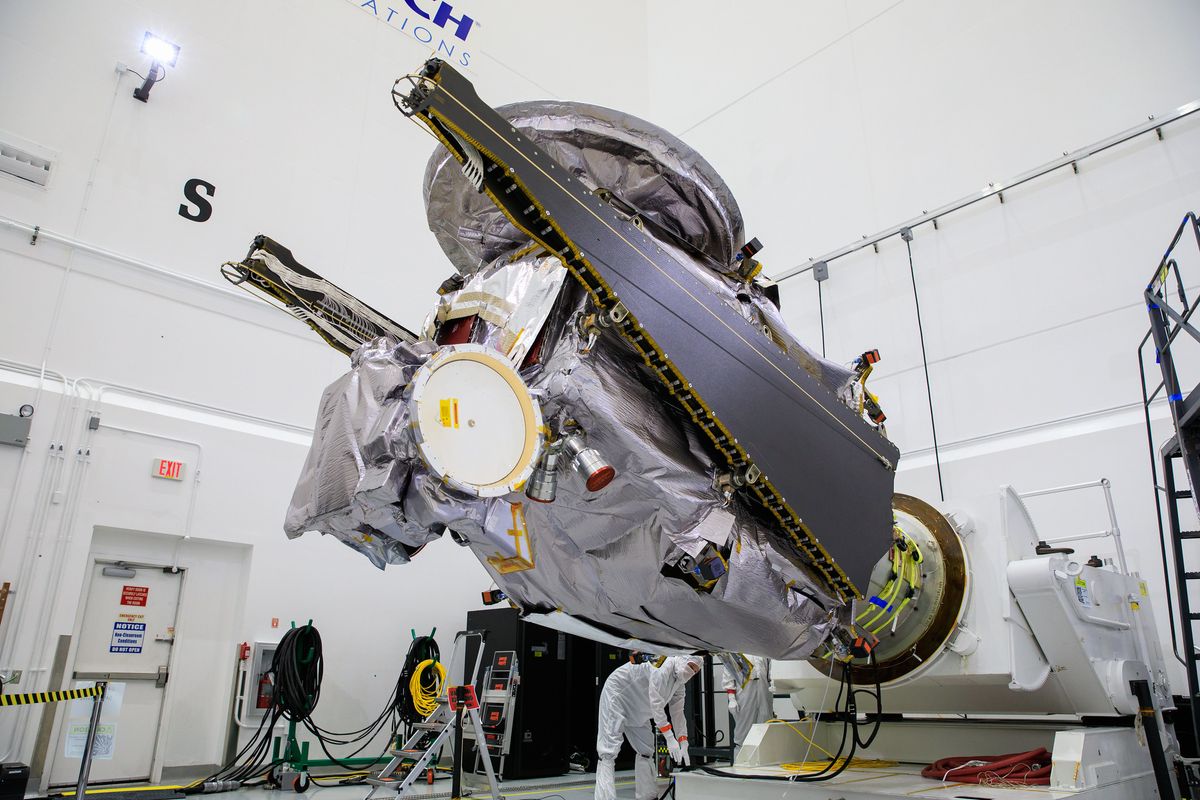 NASA’s Lucy mission to explore asteroids in Jupiter’s orbit will launch on Saturday (Oct. 16). These asteroids, called the Trojans, are nearly untouched “fossils” from the early days of the solar system, and scientists have never been able to see them up close. Read more about the mission here.

On Thursday (Oct. 14), NASA will hold two briefings about the mission. At 1 p.m. EDT (1700 GMT), tune in to learn about the science Lucy will tackle during its mission; at 3 p.m. EDT (1900 GMT), engineers will explain how the mission works.

You can watch all three segments in the window above, courtesy of NASA, or directly through the agency’s website.

NASA will provide coverage of upcoming prelaunch and launch activities for Lucy, the agency’s first mission to explore the Jupiter Trojan asteroids.

Live launch coverage will begin at 5 a.m. EDT on NASA Television, the NASA app, and the agency’s website. NASA will hold a prelaunch briefing Wednesday, Oct. 13, and science and engineering briefings Oct. 14.

Over its 12-year primary mission, Lucy will explore a record-breaking number of asteroids. The spacecraft will fly by one asteroid in the solar system’s main belt and seven Trojan asteroids. Lucy’s path will circle back to Earth three times for gravity assists, which will make it the first spacecraft ever to return to our planet’s vicinity from the outer solar system.

Due to the coronavirus (COVID-19) pandemic, all media participation in news conferences will be remote dial-in only. A phone bridge will be provided for each briefing.

Full mission coverage is as follows. Information is subject to change:

China will launch its second mission to the foundation module of its new Tiangong space station on Friday (Oct. 15) and you can watch it live here. Liftoff is set for 12:23 p.m. EDT (1623 GMT) from the Jiuquan Satellite Launch Center in the Gobi Desert. A live webcast from the state-run China Central Television network is expected to begin at 9:30 a.m. EDT (1430 GMT).

A Chinese Long March 2F rocket will launch three astronauts to Tiangong’s Tianhe module for a six-month mission, the longest spaceflight by China to date. The mission, called Shenzhou 13, will be commanded by Zhai Zhigang. Wang Yaping, China’s first-ever female astronaut, and Ye Guangfu round out the crew. Wang will be the first woman to fly to the new space station.

The Shenzhou 13 crew will spend a half-year working and living inside the Tianhe module to test technologies construction methods for the addition of future modules. Two more modules are due to launch to Tianhe in 2022. Up to three spacewalks are planned for the mission.

‘ISS Live!’ Tune in to the space station

Find out what the astronauts and cosmonauts aboard the International Space Station are up to by tuning in to the “ISS Live” broadcast. Hear conversations between the crew and mission controllers on Earth and watch them work inside the U.S. segment of the orbiting laboratory. When the crew is off duty, you can enjoy live views of Earth from Space. You can watch and listen in the window below, courtesy of NASA.

“Live video from the International Space Station includes internal views when the crew is on-duty and Earth views at other times. The video is accompanied by audio of conversations between the crew and Mission Control. This video is only available when the space station is in contact with the ground. During ‘loss of signal’ periods, viewers will see a blue screen.

“Since the station orbits the Earth once every 90 minutes, it experiences a sunrise or a sunset about every 45 minutes. When the station is in darkness, external camera video may appear black, but can sometimes provide spectacular views of lightning or city lights below.”