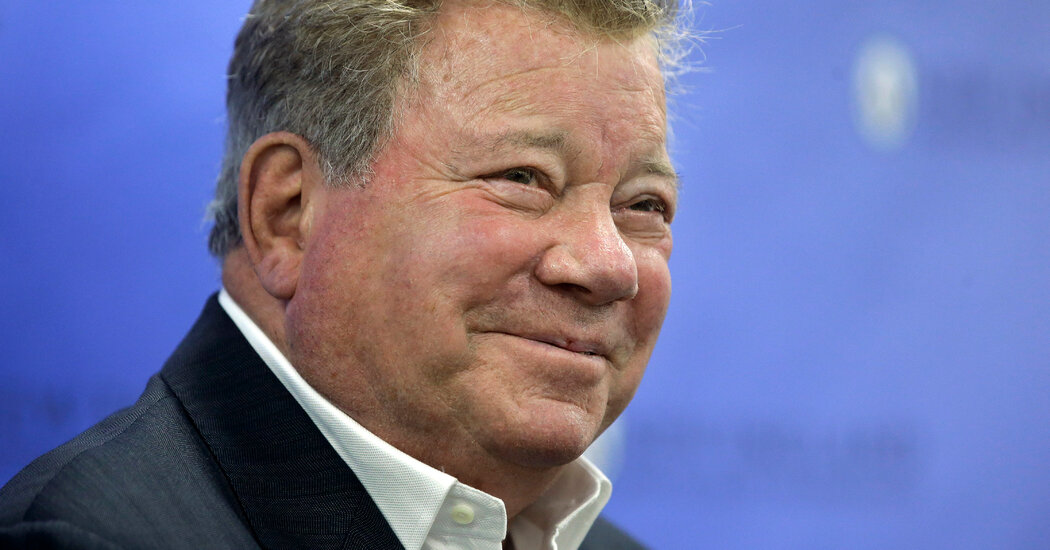 When William Shatner, 90, traveled to the edge of space aboard Blue Origin’s New Shepard on Wednesday he became the oldest person ever to reach such heights.

Mr. Shatner, whose name has been synonymous with space exploration since he played Captain James T. Kirk in the original “Star Trek” series more than half a century ago, became the first nonagenarian to cross the Kármán line, the widely recognized boundary between the atmosphere and space about 63 miles above the Earth.

Mr. Shatner became emotional when he emerged with three other passengers from the spacecraft’s capsule after it set down in West Texas and was met by the Blue Origin’s owner, Jeff Bezos.

The actor spoke of how the experience of seeing the blue earth from space and the immense blackness of outer space had profoundly moved him, demonstrating what he called the “vulnerability of everything.” The atmosphere keeping humanity alive is “thinner that your skin,” he said.

“I’m so filled with emotion with what just happened,” Mr. Shatner said to Mr. Bezos, breaking into tears. “I hope I never recover from this,” he added.

Mr. Shatner’s voyage came hot on the heels of one by Wally Funk, who at 82 was the oldest person to travel to space when she took part in a Blue Origin flight in July with Jeff Bezos, the company’s owner.

Ms. Funk excelled at tests for astronauts in the space program in the 1960s, before Mr. Shatner played Captain Kirk, but NASA did not allow women to become astronauts at the time.

John Glenn, who was the first American to orbit the Earth in 1962, also became the oldest person to reach space when he flew aboard a space shuttle mission more than 35 years later at the age of 77. Unlike Mr. Shatner or Ms. Funk, Mr. Glenn’s trip went to orbit, which requires a much more powerful rocket than the one powering Blue Origin’s New Shepard spacecraft.

The youngest person ever to travel to space also flew on Blue Origin’s July flight. He was Oliver Daemen, 18, of the Netherlands.