Life on Venus may never have been possible 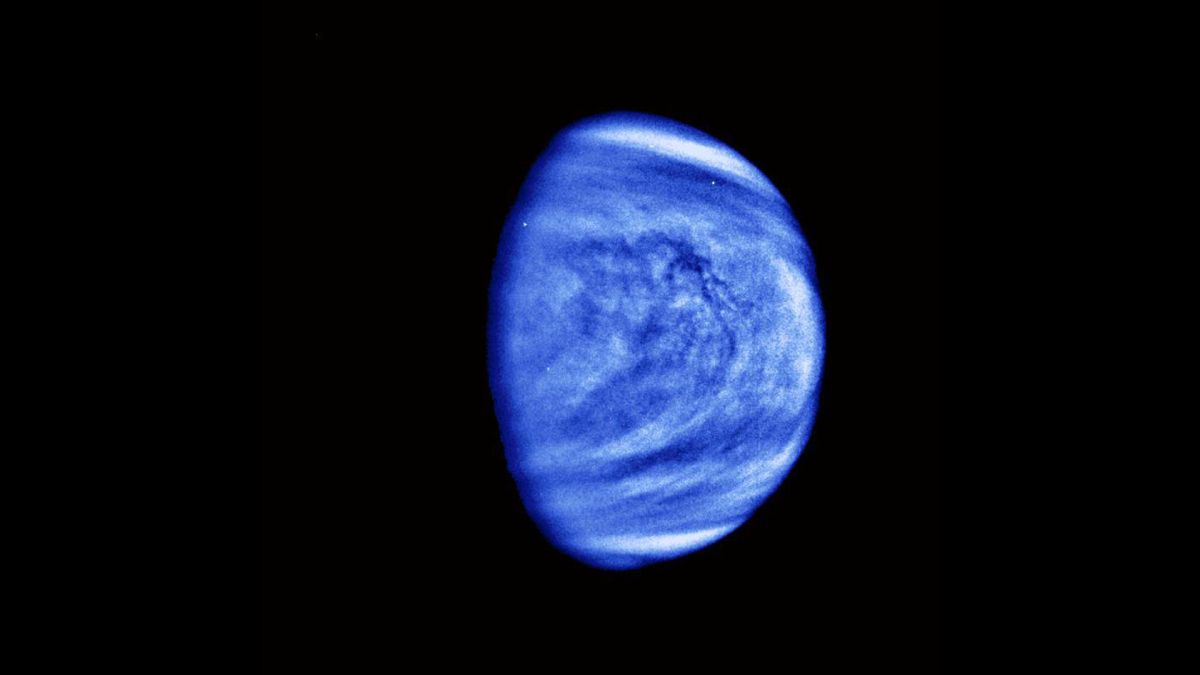 Venus may not be such a tantalizing target for alien hunters after all.

In recent years, researchers have increasingly come to regard Venus, the second rock from the sun, as a potential abode for life. For example, modeling studies have suggested that ancient Venus had big oceans and a clement climate that might have persisted for several billion years.

Venus is famously hellish today, of course; its surface is bone-dry and hot enough to melt lead. But some scientists have argued that Venus life, if it ever existed, could persist there still, floating in the clouds about 30 miles (50 kilometers) up, where temperatures and pressures are similar to what we enjoy at sea level here on Earth.

A new study throws some cold water onto such hopes, however.

Related: Photos of Venus, the mysterious planet next door

Like all newborn planets, young Venus was extremely hot — far too toasty for liquid-water oceans. Its available water was pretty much all vaporized, creating sauna conditions on a planetary scale.

The previous, life-friendly modeling work determined that the planet cooled down enough to host liquid surface water thanks in large part to clouds, which bounced a lot of solar radiation back into space. The “faint young sun” was a contributing factor as well; in the early days of the solar system, our star was just 70% as luminous as it is now.

In the new study, which was published online today (Oct. 13) in the journal Nature, scientists led by Martin Turbet, a postdoctoral researcher at the Geneva Astronomical Observatory in Switzerland, simulated the climate of ancient Venus using a new model. And they came up with very different results.

Turbet and his team found that conditions on young Venus likely limited clouds to the planet’s nightside, where they were worse than useless as far as the establishment of life is concerned. (Venus isn’t tidally locked to the sun, so it doesn’t have a permanent nightside; the term here refers to whatever hemisphere happens to be facing away from the sun at the time.)

Not only did these clouds bounce no sunlight away, they actually warmed Venus via a greenhouse effect, trapping lots of heat. So Venus never cooled down enough for rain to fall, and for rivers, lakes and oceans to form.

“If the authors are correct, Venus was always a hellhole,” astronomers James Kasting and Chester Harman, of Penn State University and NASA’s Ames Research Center, respectively, wrote in an accompanying “News & Views” piece in the same issue of Nature. (Kasting and Harman are not members of the study team.)

More in-depth study of the Venusian surface could provide some clarity on the planet’s ancient climate. For instance, Kasting and Harman point to “highly deformed regions” of the planet known as tesserae, which are thought to be similar in composition to continental rocks on Earth.

“On our planet, such rocks form by metamorphic processes (in which minerals change form without melting) that occur in the presence of liquid water,” Kasting and Harman wrote. “If the tesserae turn out instead to be basaltic, like normal seafloor on Earth, liquid water would not have been needed to generate them, further supporting Turbet and colleagues’ hypothesis.”

NASA’s newly selected VERITAS (short for “Venus Emissivity, Radio Science, InSAR, Topography and Spectroscopy”) mission, which is scheduled to launch in 2028, will study the tesserae from orbit, if all goes according to plan. But it may take a Venus lander to get a firm understanding of these intriguing features, Kasting and Harman wrote.

Implications for Earth and beyond

The new study also found that Earth would likely have taken the Venusian route if the sun had been a bit brighter long ago: A young sun with 92% of the current brightness rather than 70% would probably have consigned our planet to hothouse status, according to the model developed by Turbet and his team.

The results also have implications for worlds that orbit other suns, and for the researchers who aim to understand them, as Kasting and Harman pointed out.

“Exoplanets that orbit near the inner edge of the conventional habitable zone, where liquid water can exist on a planet’s surface, might not actually be habitable,” the duo wrote.