How Much Does it Cost to Fly to Space with Blue Origin? 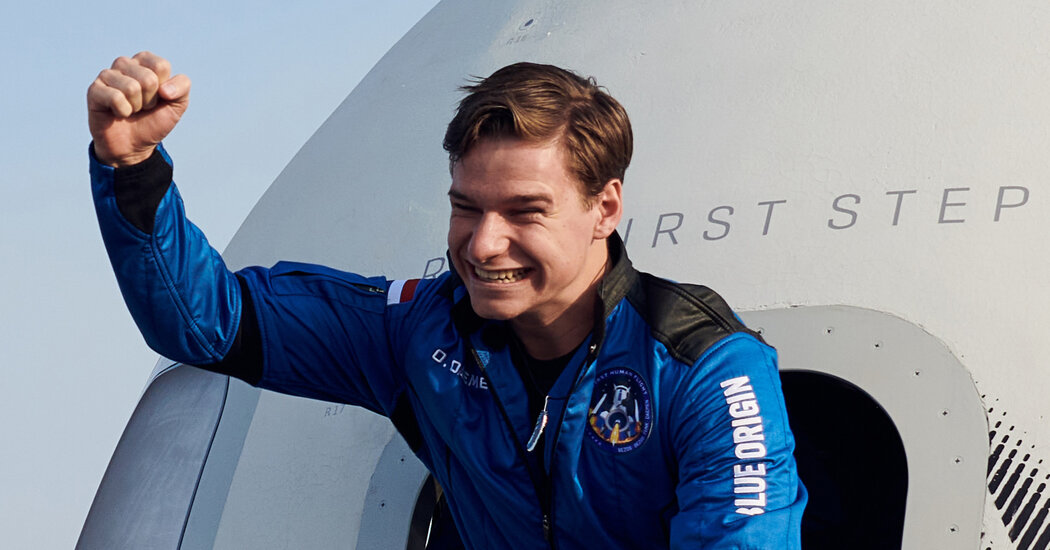 Blue Origin has declined to publicly state a price for a ticket to fly on New Shepard. The company is nearing $100 million in sales so far, Mr. Bezos has said. But it’s unclear how many ticket holders that includes.

“We don’t know quite yet” when Blue Origin will publicly announce a price, Mr. Bezos told reporters in July after his flight to space. “Right now we’re doing really well with private sales.”

Oliver Daemen, the Dutch teenager aboard Blue Origin’s first crewed flight in July, was occupying a seat that the company auctioned off for $28 million, a steep number that even shocked some company executives. Of that total, $19 million was donated equally to 19 space organizations.

Mr. Daemen, 18, wasn’t the winning bidder. His father, a private equity executive, was the runner-up in the auction and was next in line after the actual winner. That individual, who has not been named, plunked down $28 million before postponing their trip over a scheduling conflict, Blue Origin said at the time.

Tickets to the edge of space on Virgin Galactic’s SpaceShipTwo were hiked to $450,000 in August, from $250,000, when the company reopened ticket sales after a yearslong hiatus.

Flights to orbit — a much higher altitude than Blue Origin or Virgin Galactic’s trips go — are far more expensive. Three passengers to the International Space Station next year are paying $55 million each for their seats on a SpaceX rocket, bought through the company Axiom Space.

Many wealthy customers and space company executives see the steep ticket prices as early investments into the nascent space tourism industry, hoping the money they put down can help lower the cost of launching rockets.