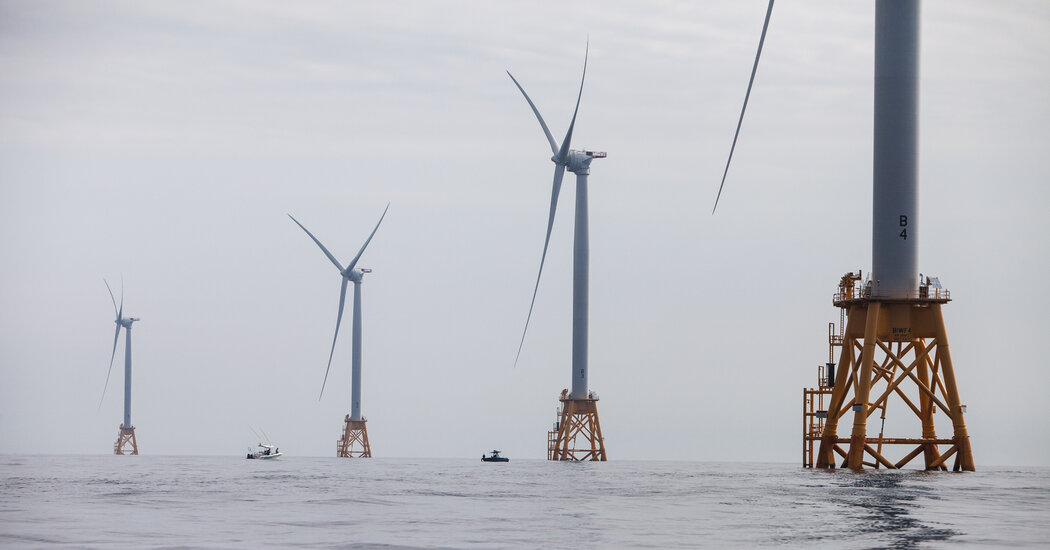 “This is very big, big deal. This is a signal like we’ve never had before in the United States about where we can go with offshore wind,” said Dan Reicher, who served as assistant secretary at the Department of Energy in the Clinton administration and now advises Magellan Wind, which develops projects with offshore floating turbines.

“I’ve been in the wind industry for a long time,” Mr. Reicher said. “This is a repeat of what we did a couple of decades ago when we stepped up onshore wind, when it went from being a small niche source of energy to being a mainstream, affordable source of power.”

Still, there is no guarantee that companies will lease space in the federal waters and build wind farms. Once the offshore areas are identified, they will be subject to lengthy federal, state and local reviews. If the potential sites could harm endangered species, conflict with military activity, damage underwater archaeological sites, or harm local industries such as tourism, the federal government could deem them unsuitable for leasing.

As they have in response to other offshore wind farms, commercial fishing groups and coastal landowners will likely try to stop the projects. In the Gulf of Mexico, where oil and gas exploration is a major part of the economy, fossil fuel companies could fight the development of wind energy as a threat to not only their local operations but their entire business model.

“To be making these announcements, and making them in ways that are very political, without looking at what that means, what area, when we still don’t know what the effects are going to be of these projects is really problematic,” said Anne Hawkins, executive director of the Responsible Offshore Development Alliance, a coalition of fishing groups. “In an ideal world, when you welcome a new industry, you do it in phases, not all at once.”

Interior Department officials said they intend to take such considerations into account.

“We are working to facilitate a pipeline of projects that will establish confidence for the offshore wind industry,” said Amanda Lefton, director of the Interior Department’s Bureau of Ocean Energy Management. “At the same time, we want to reduce potential conflicts as much as we can while meeting the administration’s goal to deploy 30 gigawatts of offshore wind by 2030.”