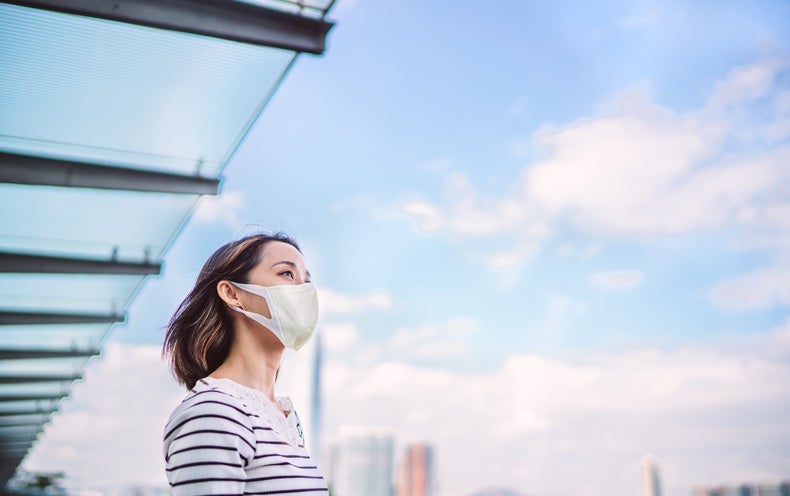 Amid the COVID-19 pandemic, many of us have grown more acutely aware of the air we breathe. And along with airborne virus transmission, we have had to worry about smoke plumes from increasingly severe wildfires. Some weather forecasts now routinely include outdoor air quality measures—but most Americans spend about 90 percent of their time indoors, according to the Environmental Protection Agency. In order to counter airborne health threats at home or in the office, more people are now tracking contaminants with handheld air quality monitors, and the market for such devices is expected to reach $4.6 billion worldwide by 2027.

Air quality monitors debuted in the 1930s and were once bulky machines that needed trained experts to run them, but they have since become far smaller, less expensive and more user-friendly. Modern ones assess air quality by directing a laser through a small box and determining how much of its light is scattered by particles and other substances in the air. They are small enough to carry in one hand and many popular models cost less than $200, making them more accessible than ever. Combine that availability with increasingly smoky summer skies and a pandemic, and “all of a sudden people are really interested in doing what they can to be aware of indoor air, and monitor it in some cases—and I think that’s excellent,” says Alex Huffman, an aerosols chemist at the University of Denver.

What’s Up in the Air?

Indoor air contains pollutants of many sizes, says atmospheric chemist Christine Wiedinmyer, the associate director for science at the Cooperative Institute for Research in Environmental Sciences at the University of Colorado Boulder. Particles 10 microns in diameter and smaller, called PM10, can affect human health and include dust, mold, pollen, diesel exhaust, ozone and wildfire smoke. Other particles are created by things like incense, candles and especially cooking—stovetop frying, for instance, has temporary but surprisingly large effects on indoor air quality. Even tinier particulate matter 2.5 microns in diameter (roughly the size of an E. coli bacterium) or smaller, called PM2.5, makes up the most dangerous category of pollutants: while bigger particles (think dust from a dirt road) irritate the eyes, nose and throat, PM2.5 particles can penetrate deep into the lungs and even make their way into the bloodstream, according to the Centers for Disease Control and Prevention. Tracking this type of pollutant is especially useful for “sensitive individuals living in the household (with asthma, chronic obstructive pulmonary disease, and other cardio/pulmonary issues), as well as individuals living pretty far away from any [outdoor air] monitoring network,” says Woody Delp, lead author of a 2020 study of air quality monitors. One also might want to track indoor particulates “if you live near big outdoor sources, like roadways and big industrial sources,” Wiedinmyer says. “They can create pollution outside your door that can make its way inside.”

In addition to particles, gases known as volatile organic compounds (VOCs) are released into the air by cleaning supplies and the glues and varnishes in furniture. These substances are found at rates two to five times higher in indoor than outdoor air—and “certain of those compounds might be carcinogenic, like formaldehyde or benzene,” Wiedinmyer says.

Finally, carbon dioxide molecules are not indoor pollutants, but CO2 levels can serve as a proxy for the amount of minuscule, potentially virus-carrying droplets called aerosols that humans are exhaling into a room—and thus for the risk of indoor COVID transmission. “If we see the CO2 going up, then that means that there is a source of CO2, Huffman says. “If it’s people, then we can assume that the aerosols are going up as well.” If the levels drop, that suggests the room’s ventilation system is successfully replacing stale air with air that is fresher and contains less carbon.

How to Use an Air Quality Monitor

There are a dozens of reasonably priced air quality monitors on the market, and most measure particulate matter, VOCs, carbon dioxide or some combination of the three. Some monitor and display only the current air quality level, while others store readings over time. Several of these devices have accompanying smartphone apps that download and store data, and present it in easy-to-read screen formats. California’s independent South Coast Air Quality Management District, which has extensively tested particle and gas detectors through its AQ-SPEC program, offers information about available types of monitors.

If the priority is tracking air pollution, Wiedinmyer says, “number one, I would look for a PM monitor, since we know that a lot of health impacts are associated with particle levels and particulate matter.” She suggests that a nice bonus—but not as crucial—would be sensors that also detect ozone and VOCs. Many monitoring devices display the measured PM2.5 reading and also translate it into an Air Quality Index (AQI) score and color scheme. The AQI “is an index the EPA developed to allow people to quickly assess risk related to their health status; they have different thresholds for sensitive individuals based on preexisting health conditions,” says Brett Singer, a staff scientist in the Whole Buildings Systems Department at Lawrence Berkeley National Lab. Based on that data, people can decide to take action to clear their indoor air—which could mean things like turning on the kitchen’s range hood for a half an hour (a low-cost way to flush household air), or investing in a separate air filtration unit that can run be run if diesel trucks frequently idle outside the windows, or during a wildfire smoke event.

For an air-quality monitoring device that will help track COVID safety, Huffman recommends a specific type of carbon dioxide sensor. “It’s important that people buy what’s called an NDI, or nondispersive infrared sensor,” he says. “Most of them are these days—but there are also what are called solid state sensors, that are not something that people should buy in this context.” Since the outdoor air concentration for carbon dioxide is about 450 parts per million (ppm), Huffman adds, “CO2 above 800 ppm is starting to get dangerous,” as it potentially indicates that the concentration of any COVID aerosols would also be high. With those levels, Huffman recommends opening a window to get some fresh air flowing. But, he emphasizes, this number is only a proxy; it does not correlate directly to COVID risk. For example, as air moves through a HEPA filtration system, it may maintain the same carbon dioxide level even as viral particles are safely removed. And even with air filters, any situation with carbon dioxide over 2,000 ppm could still be risky, Huffman says. That level indicates a high concentration of people exhaling—and filters can only work so fast.