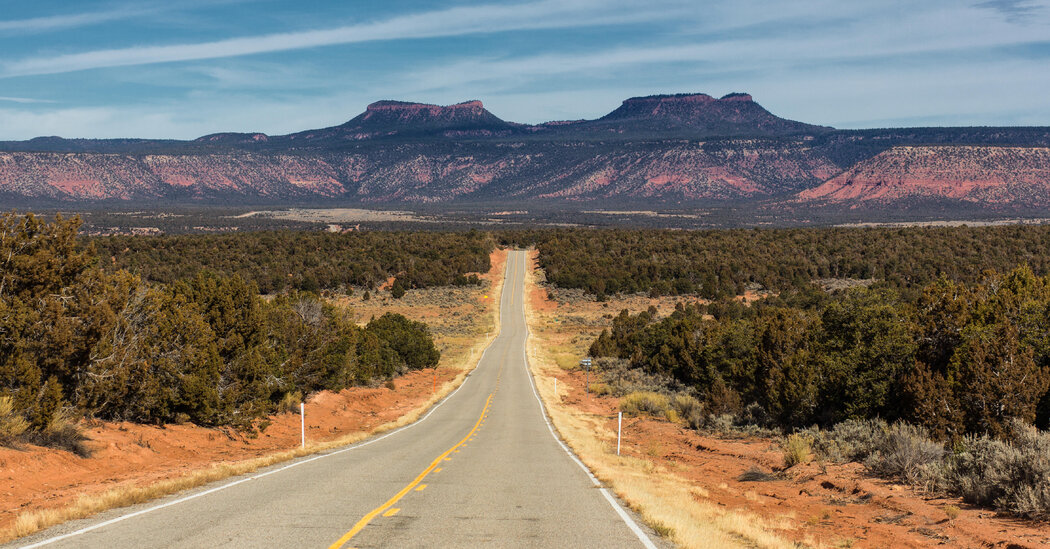 Bears Ears is named for a pair of towering buttes that dominate much of the landscape of southeast Utah, and it is the site of ancient Native cliff dwellings and sacred burial grounds. It is the ancestral homeland of five tribal nations — the Navajo Nation, Hopi Tribe, Ute Indian Tribe, Ute Mountain Ute Tribe and Pueblo of Zuni.

Conservation groups welcomed the news. “Thank you, President Biden — you have listened to Indigenous tribes and the American people and ensured these landscapes will be protected for generations to come,” said Jennifer Rokala, director of the Center for Western Priorities, an advocacy organization. “The cultural and paleontological resources within the Bears Ears and Grand Staircase landscapes are too important to leave at risk.”

Ms. Haaland, the country’s first Native American cabinet secretary, is a member of the Laguna Pueblo. She now leads the federal agency that for much of the nation’s history played a central role in the dislocation and abuse of Indigenous communities from coast to coast, and she has made Native American issues a top priority.

In a 2019 interview with The Guardian, Ms. Haaland described a recent camping trip she had taken to Bears Ears. “There are some pretty amazing ruins there, and, you know, I don’t even like to call them ruins, because in our culture, in Pueblo culture, if you acknowledge our ancestors, they are there,” she said. “The spirit of the people never leaves.”

But in a joint statement, Utah’s congressional delegation called the president’s decision a “devastating blow” to its efforts to find a lasting solution that could not be changed with each administration.

“Rather than take the opportunity to build unity in a divided region and bring resources and lasting protections to sacred antiquities by seeking a mutually beneficial and permanent legislative solution, President Biden fanned the flames of controversy and ignored input from the communities closest to these monuments,” said the statement, which was signed by Utah’s two senators and three representatives, all Republicans.

The new boundary of Bears Ears will actually incorporate one element of the Trump-era boundaries. When the Trump administration reduced the overall size of the monument by nearly one million acres, it also added 11,200 acres that had not been previously protected. The new boundaries will restore the original Obama-era boundary and will include the additional 11,200 Trump-era acres.